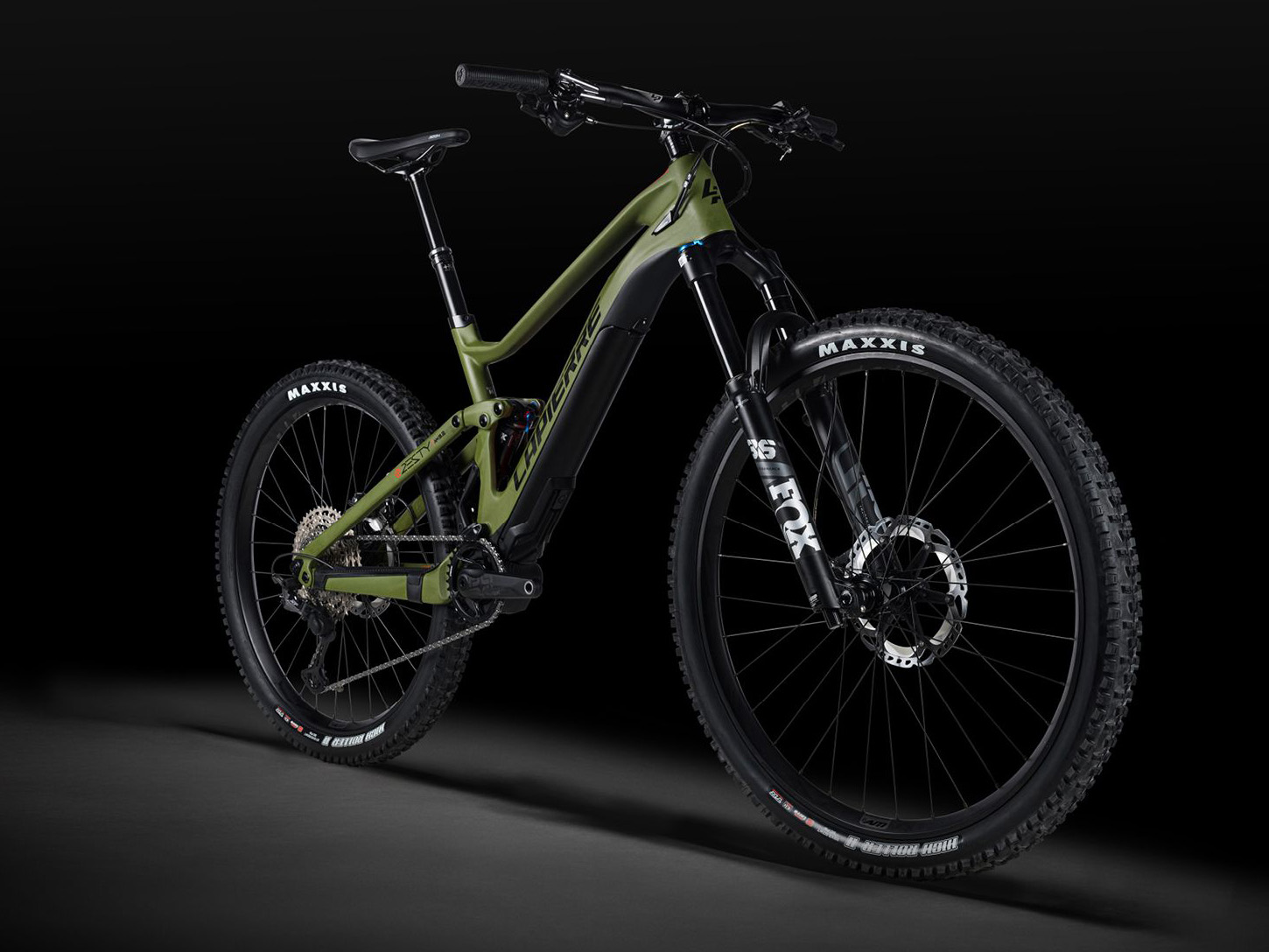 It is a mountain bike with trail-enduro downhill geometry that incorporates the assistance of an electric motor from the emerging and innovative German company FAZUA.

It is an e-bike that differs from the most common ones on the market, because it is designed for the average trained biker who can pedal even without electric assistance and who prefers a light vehicle whose driving behavior is not unlike the traditional bicycle, or even called “muscular” of equal geometry. Furthermore, the engine block and the battery are decidedly more limited in size than the “cousins” Bosch, Shimano, Yamaha, Brose, Polini, etc. and form a single component that can be completely removed from the frame.

Optionally, the engine block can be replaced with a light container compartment and in this case the weight of the bike drops by a further 3 kg, for those wishing to use it in the bike park or on downhill paths only. 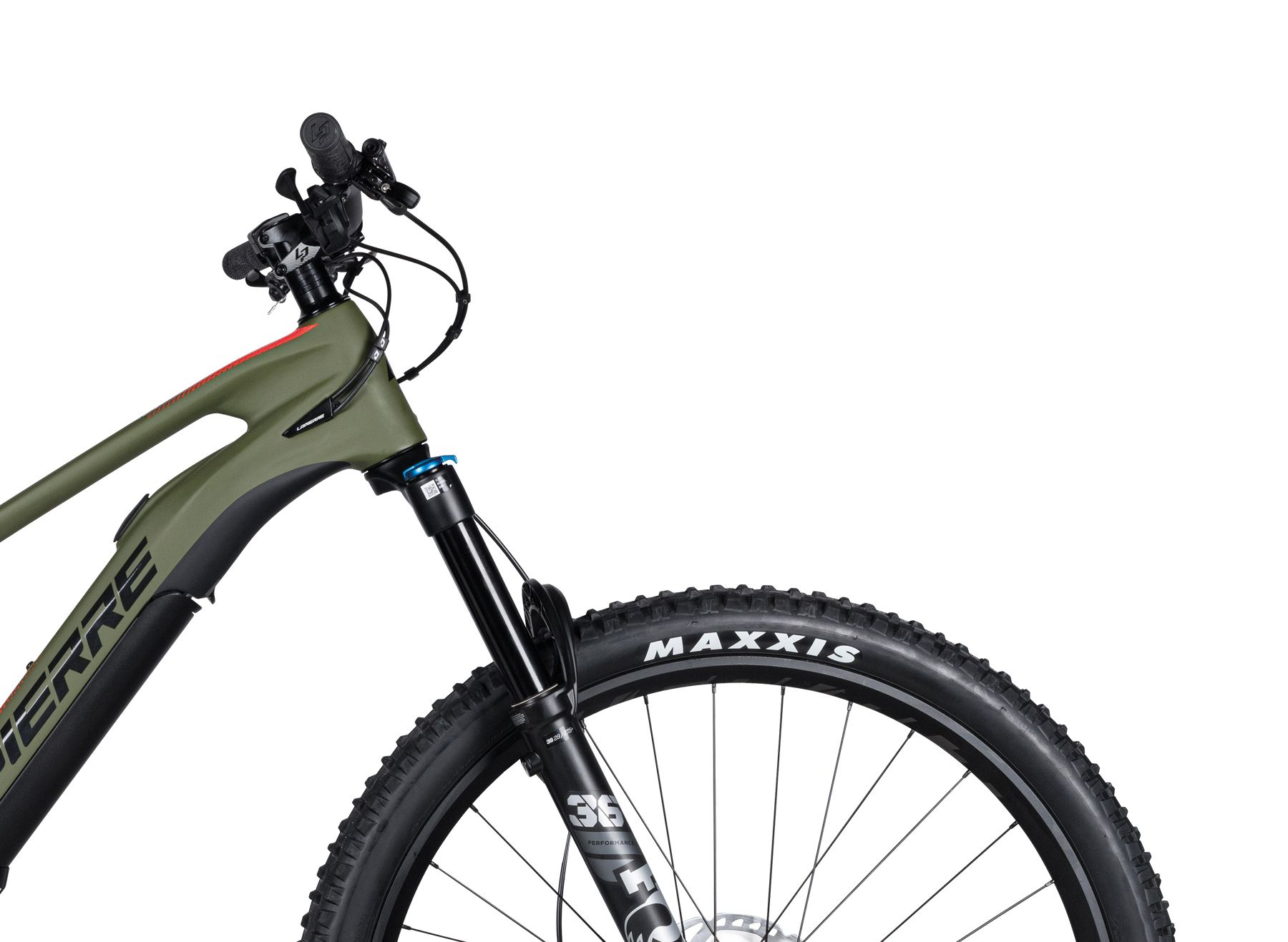 The aesthetic is very accurate and the “military” green and bright red color make it recognizable. The battery-motor-bottom bracket system is completely integrated in the down tube of the frame which has a diameter increased only by a few cm compared to traditional bikes of the same geometry: it gains the elegance and cleanliness of the lines, as well as a height from bottom bracket earth that does not fear collisions with the ground in case of descent on particularly high rocks.

The expectations of a fun and versatile bike are by no means betrayed: the frame with fork that forms a very “open” angle with respect to the ground (65°) immediately makes it clear that it is a downhill bike; the central shock absorber with a system that compresses it from both ends gives the sensation of a stroke even longer than the geometric 150 mm; the fork is the Fox with 36 mm diameter at the stem and 150 mm of travel, very “sustained” and progressive in compression; the transmission has a really wide range of ratios, from 3.2x to 0.6x, they seem much more than 12 speeds and you rarely need to go up to 51t and in road speed the 10t allows you not to “blend” as often happens with single-crown transmission; the weight of the electric assistance while driving is not really perceived and on the other hand it is possible to get help from the 55 Nm of torque when climbing on the road which thus are significantly shortened saving the legs to have fun. 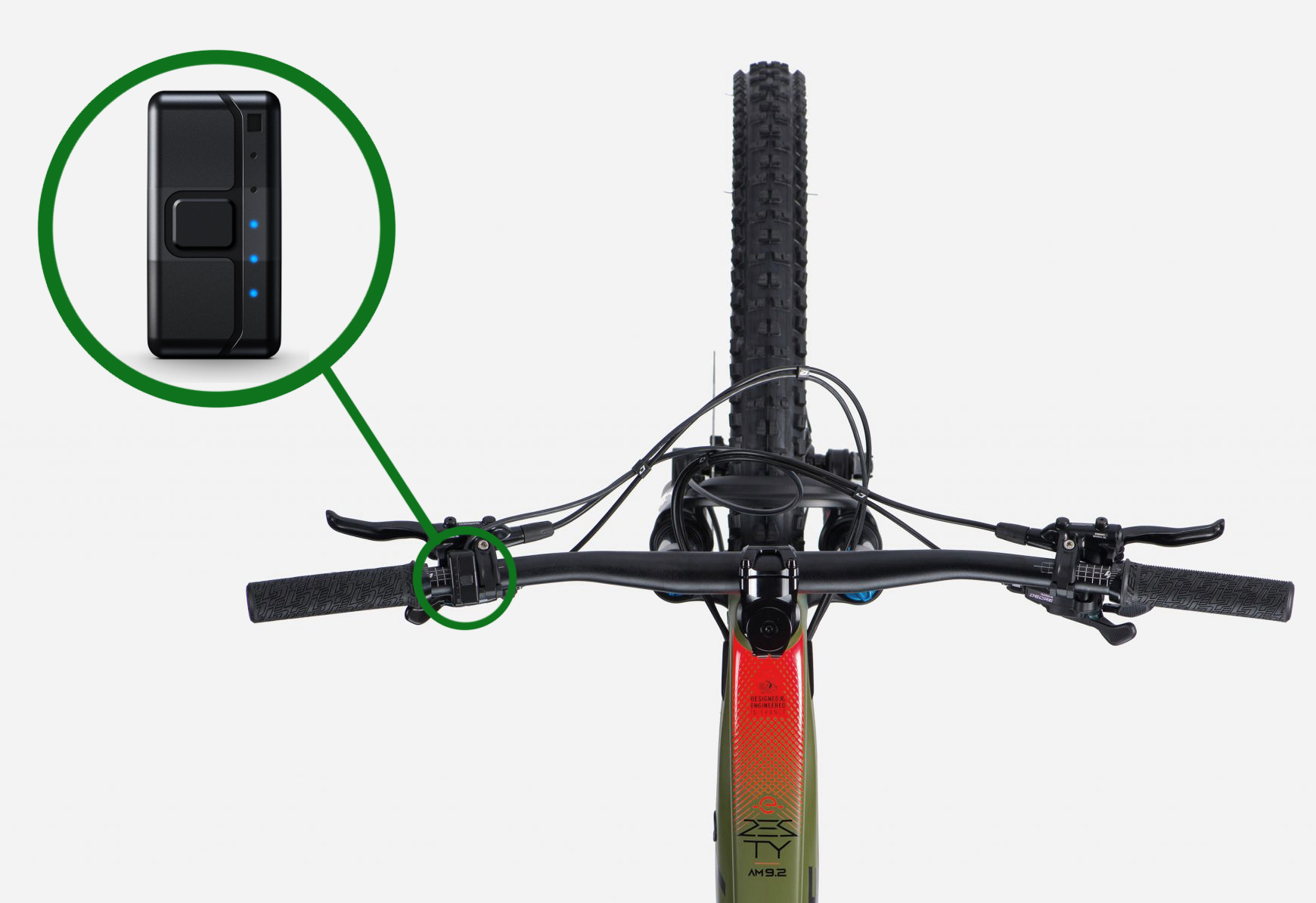 The new engine FAZUA RIDE 50 EVATION that develops up to 250 watts and the compact 252 Wh battery allow you to safely cover slopes close to 1,000m and distances within 50km in just over 2.5 hours, saving the biker’s leg for the more technical traits, where instead the electric assistance is much less incisive than that perceived on an ordinary e-bike.

The quietness of the electric motor is amazing (especially in the two lowest assistance levels – breeze and river). It is only heard on the slowest climbs and in rocket mode (the maximum), otherwise the sound is clearly obscured by the rolling of the tires and the rustle of the wind.

When pedaling without assistance, or beyond 25 km when the electric motor is disconnected by law, the mechanical friction, which we normally find in ordinary e-bikes, is almost non-existent here, so much so that we forget to travel on an electric bike and we can do not be afraid to completely discharge the battery: in any case, we will return home less tired than with a traditional bike, or after more kilometers even with the engine off.

The handlebar controls are also minimal and the assistance one is reduced to 3 touch buttons and 5 small LEDs that change color with the level of assistance (white-green-blue-red) and turn off one at a time with the consumption of the battery. No redundant displays or info, you can use other devices for those. I found it very effective during use and immediately readable (even if the shutdown is not always efficient and you have to try again several times).

The balance of the (reduced) weights, combined with the geometry of the frame, makes the e-Zesty go like a rocket downhill, very lively and with a very light rear: easy to lift it from the ground with little effort, like a traditional bike – impossible the comparison with an e-bike of 25 kg and over. 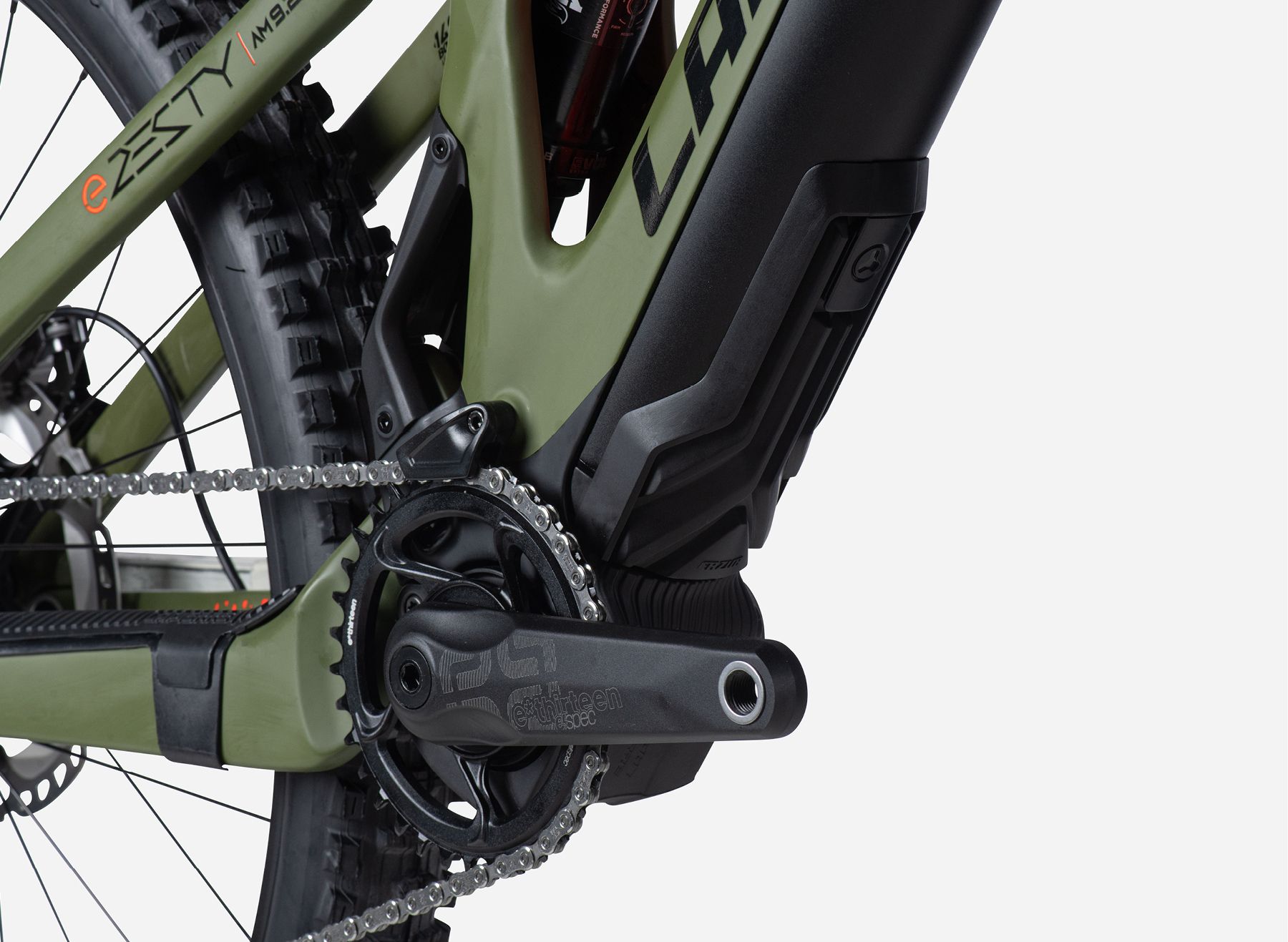 The judgment in summary

If you are not a hard and pure biker, but if the current e-bikes still seem clumsy and anchored to the ground … the Lapierre e-Zesty is the bike you will find tailor-made for you.

If you don’t have much time to train your leg and you have even less time to have fun on the trail and you want to get the most out of 2-3 hours off-road … the e-Zesty allows you to move fast on asphalt without wasting energy that you can use in the technical sections, maintaining clarity and desire to push downhill.

If you are always looking for challenging routes and your rides vary from 25 to 60 km and you don’t want to carry an useless 30 kg of bike with you for the first, or risk pedaling and running dry on the second … the e-Zesty is designed for you.

If you want to reduce your bike fleet, combining both the electric and the muscular ones, being able to switch from one to the other by replacing the motor-battery block with an object holder … this is the e-Zesty you are looking for.

Finally, the cost: € 6,399 in the price list is not an exaggerated figure if we consider that a similar set-up on a traditional bike generally exceeds € 5,000, or that with about € 900 it is possible to replace the battery and the motor unit with a click. or with less than half you can have a second battery in your backpack, at the weight of a bottle of water, the size of a canned drink and double its autonomy. 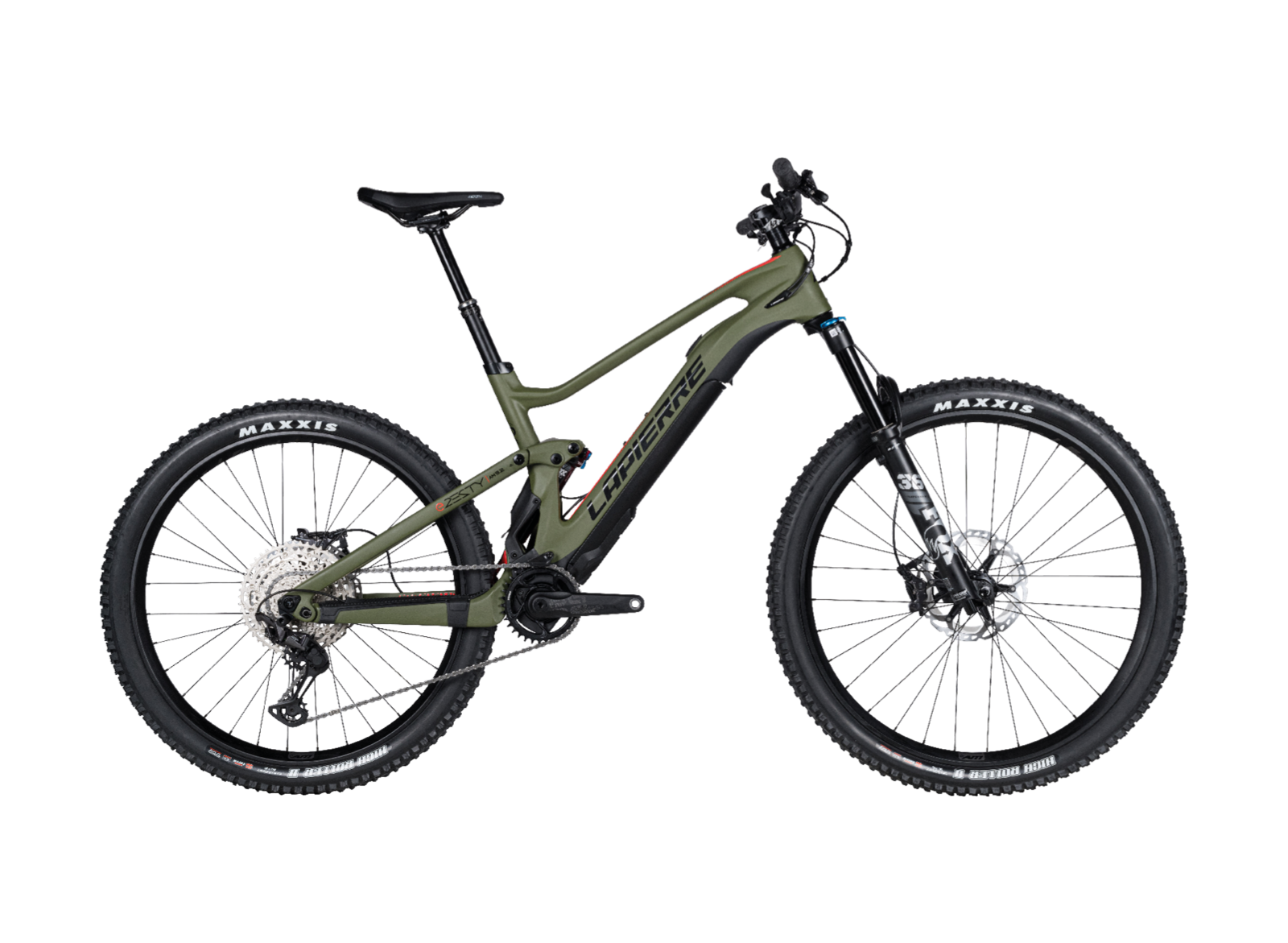