CYCLING OF THE APULIAN AQUEDUCT 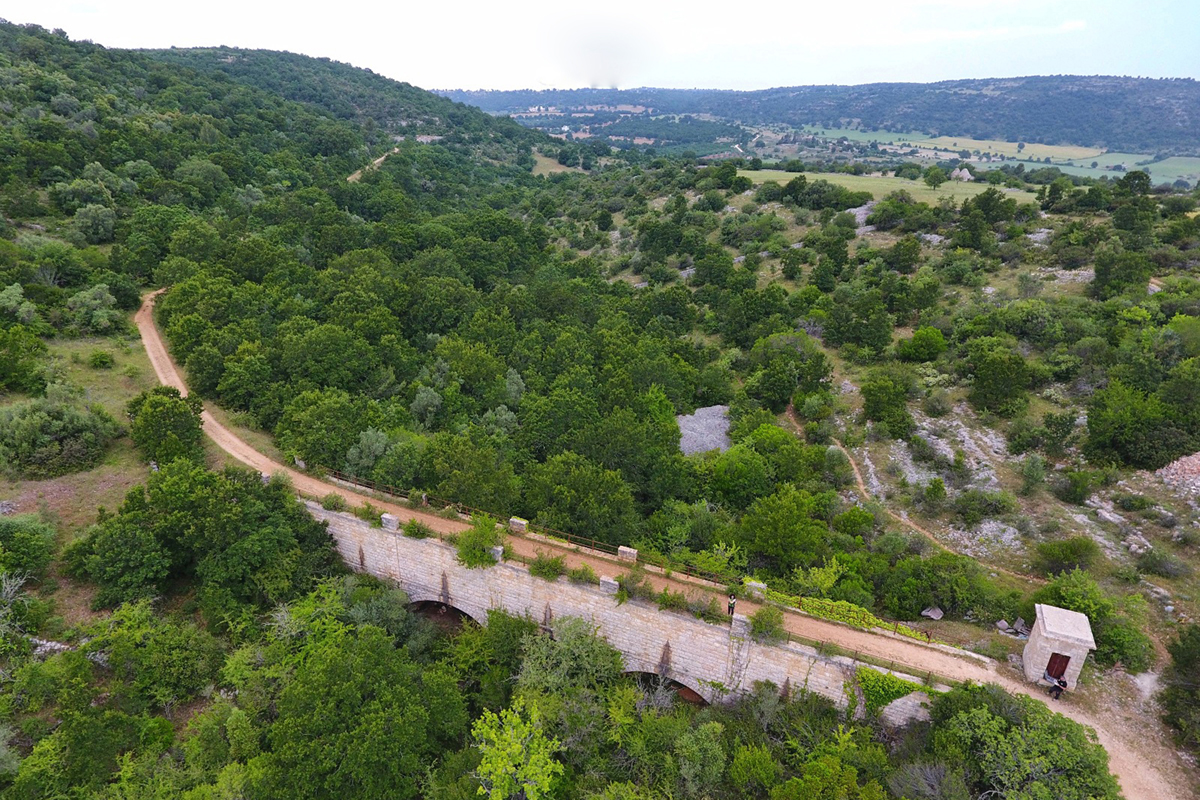 On its way from Caposele (Avellino, in Campania) to Salento, the Apulian Aqueduct, in the form of its main canal, also touches the urban centers of Alberobello and Locorotondo, passing first between Noci and Putignano, then between Cisternino and Martina Franca and then continuing towards Ceglie Messapica and Villa Castelli: it is the backbone of the Valle d’Itria.

The AqP was the most important hydraulic infrastructure in Europe and the pride of the engineers who designed it at the end of the 19th century. Young students and practitioners studied it at the beginning of the 20th century during its construction, which culminated in 1939 with the inauguration of the monumental waterfall of Santa Maria di Leuca.

The service road, which largely coincides with the main canal, has always been used as a route for hiking, on foot and by bike. Today there is a plan to convert the entire route that crosses the region into a cycle path and it has been partially completed: approximatelythe first 15 km have been completed between Cisternino and Ceglie Messepica in a suggestive portion of the Valle d’Itria, other 250 km are in development.

In the section between the Figazzano district and the Pineta Ulmo, the AqP service road has become a real backbone of cycle tourism and it is also very popular on foot. Here the canal bridges (which connoted the E-BikeTour Alberobello logo) have been enhanced with new metal balustrades and the flooring has been made more regular, albeit with natural bitumen-free material.

In every season, the cycle path of the Apulian Aqueduct allows you to admire the landscape of the Valle d’Itria, dotted with scattered districts and trulli, as well as the urban centers of Martina Franca and Cisternino. These two towns are at the same distance and dominate the Valley in the part where historical disputes between the powers of Taranto and that of Monopoli took place, between the two seas that bathe Puglia.

The stretch of the main Aqueduct canal that crosses the territory of Alberobello for about 8 km is certainly equally interesting, for several reasons: it runs along the natural depression of the Canale di Pirro (or “delle Pile”), it has a large number of canal bridges (they are 14), it is almost entirely accessible without interruptions or deviations, and it can be seen in the original stateof the time it was built, between 1906 and 1918.

The channel is located at an intermediate level between the bottom of the Canale di Pirro and the top of Alberobello. Therefore the various trails (spontaneous routes suitable for bikes) that lead to the level of the channel are well suited for sporty mountain bike riding with different difficulty levels, up to the maximum one where amateurs of the regional XC circuit compete, at least once a year at the “Bosco Calmerio Trophy”. Steep, stony ground, outcropping rocks, passages above and below the characteristic stone canal bridges make the ups and downs of the AqP channel very interesting and particularly demanding for every training session.